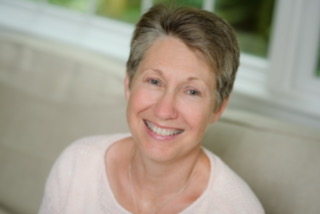 Diana Harmon Asher’s debut novel, Sidetracked, was an ABA Indies Introduce title and an ALA Notable book. It was awarded a Parents’ Choice Foundation 2018 Recommended Seal and nominated for seven state book awards. In translation, Sidetracked was one of three Junior High titles recommended by the Japanese School Library Association for the 65thNational Youth Book Report Contest.

Diana’s next book, Upstaged, will move from muddy running trails to the middle school musical stage. It will be published by Amulet, an imprint of Abrams Books, in March of 2021.

Diana is the mother of three grown sons. She lives with her husband and their dog and cat in Westchester, NY.

Learn more about Diana at: dianaharmonasher.com.