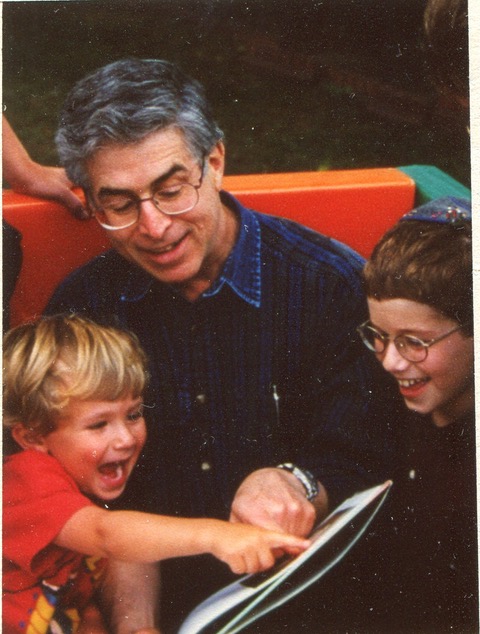 Don’t Talk to Me About the War

by David Adler
Inquire About a Chat Session with this Author

Thirteen-year-old Tommy Duncan just wants to root for the Brooklyn Dodgers and listen to the radio. But it’s 1940 and the world is changing. His friend Beth just wants to talk about the war in Europe. That’s an ocean away, though, and Tommy has more immediate concerns—like Beth looking pretty and his mother’s declining health.

Set in the Isolationist period—a time in U.S. history rarely explored in children’s literature—this moving novel features a hero who struggles with first love, family responsibilities, and America’s role in the world.

David says:
There are many interesting sidelights to the writing of the book. For each day in the story I had the newspaper published that day on my desk. I had 1940s music playing while I wrote and reproductions of 1940s cars rolling around at my feet. One evening I was called by my wife to dinner. On my way to the kitchen table I looked out the window and asked my wife, “How can there be so much snow on the ground. It’s the middle of May.” “It may be May for you,” I was told, “but for the rest of us it’s February.” When I wrote that book, I lived the story.