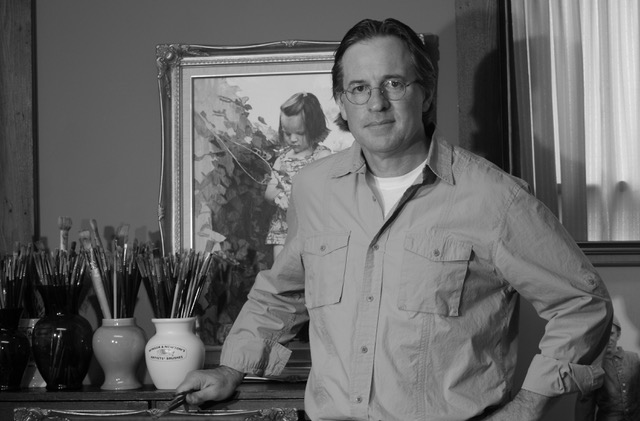 Well known for his dramatic and historically accurate illustrations, Michael Dooling is the illustrator of over sixty-five books for numerous publishers including Scholastic, Farrar, Straus & Giroux, Henry Holt, and Holiday House.

In 2013, Michael was selected to a TOP TEN LIST OF GREAT AUTHOR VISITS by the Pennsylvania School Library Association.

“You have truly made a difference in the life of a child,” said one librarian. “He is still writing!”

His educational and entertaining assemblies are a behind the scenes look at creating pictures: how to tell a story with a picture using emotion, perspective, value, facial expression, and body posture, how he researches at libraries and museums, and how family and friends pose in costume for characters, and most importantly, how he corrects his many mistakes as he goes along. The 40-45 minute teaching assembly is interactive: He shows PowerPoint asking questions, draws a picture with a child’s help, and allows time for questions. He may even bring in a 40″ dinosaur bone! He speaks to ALL grades. You can learn more about Michael at  www.michaeldooling.com